Taissa Farmiga Will Be Back For The Nun 2, So Can The Conjuring Franchise Finally Connect The Farmiga Sisters? 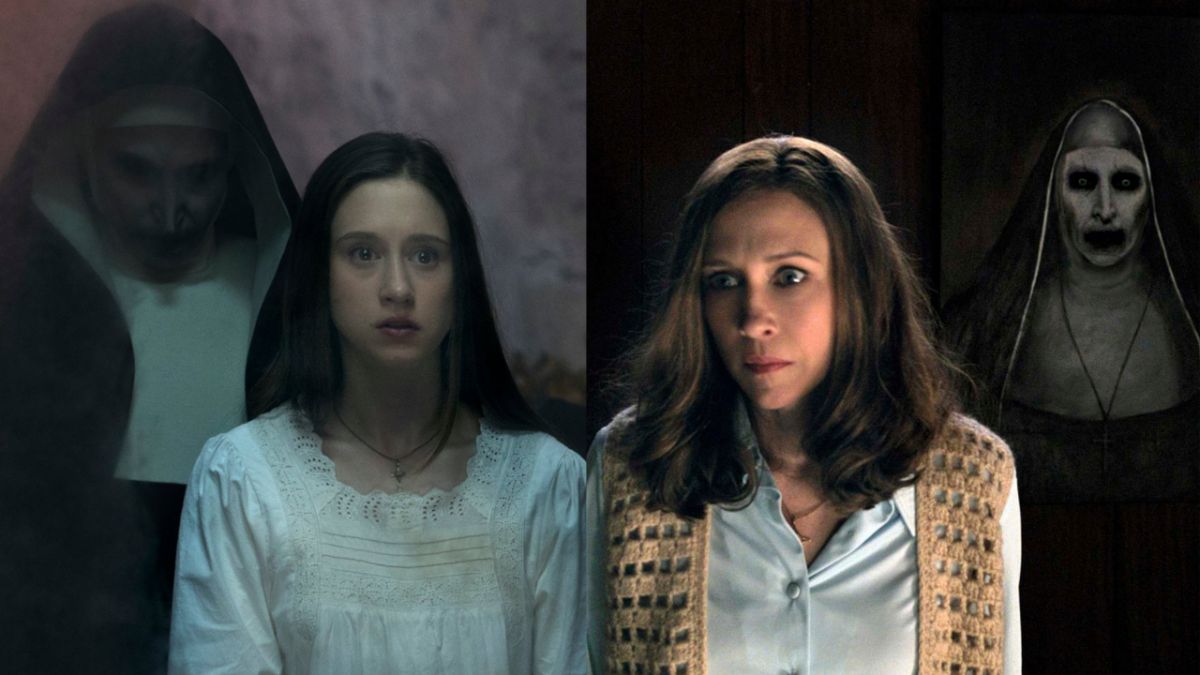 Did you know The Conjuring universe is a family affair? The core franchise’s Lorraine Warren is played by Vera Farmiga, whilst 2018’s The Nun star Taissa Farmiga, who played Sister Irene in the earliest film in The Conjuring chronological timeline, is Vera’s younger sister. Now that it’s been announced that Taissa is returning for The Nun 2, I wonder if this real-life connection can also bring them together on screen this time around?

After The Nun 2 previously found its director in Michael Chaves, who recently also directed 2021’s The Conjuring: The Devil Made Me Do It with Vera Farmiga, Taissa Farmiga has signed on to star in the upcoming horror movie alongside Euphoria’s Storm Reid. Per Deadline, Taissa will play Sister Irene once again in The Nun 2.

Now, in the Conjuring universe, the sisters’ characters are not related as of yet. Vera depicts Lorraine Warren, who was a real paranormal investigator alongside her husband Ed. Their investigations are dramatized by many movies in the horror franchise and take place in the 1970s and 1980s. The Nun, however, takes place in 1952 Romania, and follows Sister Irene, a young nun who aids in an investigation of a nun who died by suicide after a lifetime of having unique visions.

The Conjuring 2 sees Lorraine encountering a demonic nun figure, which The Nun explores further as a prequel, sharing her origins. Perhaps in The Nun 2, especially with Sister Irene officially part of the story, the sisters can find some kind of connection. Since Lorraine also has psychic gifts like Irene, it's possible it could be revealed that Lorraine is a descendant of Irene.

Since Irene is a nun and sworn to chastity, it’s unlikely she’d be revealed as Lorraine’s mother. Plus, the real Irene was born in 1927 and would be in her 20s during the events of The Nun, and far away from Romania considering she grew up in Connecticut. Also, with Lorraine Warren having been a real person who existed, the filmmakers may not want to make this kind of connection and fictionalize the Warren’s too much.

However, once The Nun 2 hits theaters as part of 2023’s movie releases, it will be a decade since 2013’s The Conjuring, the movie that started it all. Maybe The Nun will provide some path for the franchise of horror movies to close out its run. Connecting the prequel to the main films further would be an intriguing way to do it. How about through a vision where one of them sees the other, or what if they have a shared vision? Or the Farmiga sisters both being in the Conjuring movies could just remain a coincidence.

The Nun 2 is set for a theatrical release date on September 8, 2023. While we wait for the horror sequel, check out our ranked list of all the Conjuring movies so far.

Read this on Cinema blend

Newspilot is a php based script. Once installed you can copy rss feed from various sites and save them on newspilot. The script will grab news from those links after certain time and you'll get a site full of latest news.

Please disbale adblock and refresh the page again
This site uses cookies. By continuing to use this site you agree to our use of cookies. Read more I agree