Written by Somya Lakhani | New Delhi | Published: January 30, 2020 1:53:53 am Students being led out of the Jamia campus with their hands raised. Delhi Police Wednesday released photos of 69 people who allegedly “actively participated in riots”... 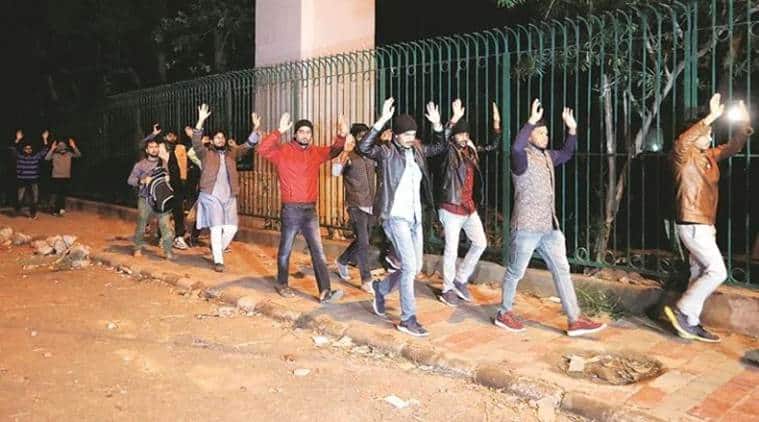 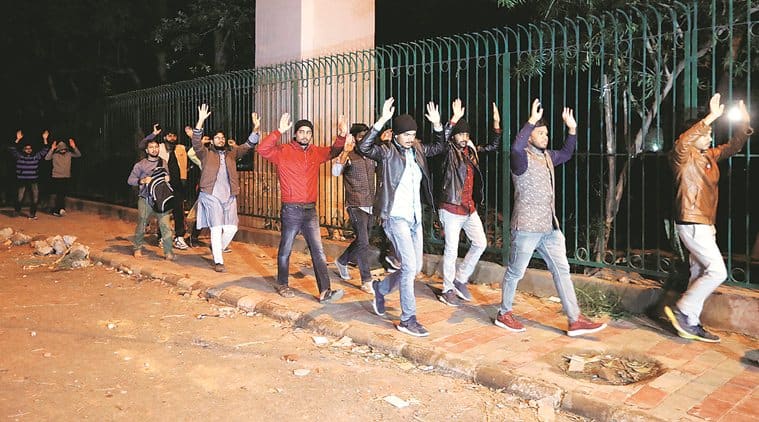 Students being led out of the Jamia campus with their hands raised.

Delhi Police Wednesday released photos of 69 people who allegedly “actively participated in riots” on December 15 in New Friends Colony and Jamia Nagar after protests against the new citizenship law spiralled into violence.

The Delhi Police action echoes a crackdown by UP Police on people they suspected were behind the violence during protests against CAA in Kanpur, Firozabad and Mau. Those notices — warning of property attachment and announcing a reward of Rs 25,000 each for information on three wanted persons — were put up in December.

Following the violence during the December 15 protests, police had stormed the Jamia Millia Islamia campus, with students claiming police brutality inside the library. The university has sought an FIR against police, and the matter is being heard by a Delhi court.

On how the 69 photos were collected, Special Commissioner (Intelligence) Praveer Ranjan told The Indian Express, “We have gathered information using CCTV footage from inside campus, videos and photos shared by passersby, and videos and photos doing the rounds of social media.”

A senior police officer said of the 69 men, some have already been identified. “We know their names and are looking for more information, like their whereabouts. Whether or not some are Jamia students is a matter of investigation,” said the officer.

On December 16, two FIRs were filed against unknown persons for rioting, rioting armed with deadly weapons, and unlawful assembly, among other sections.

In the collage prepared by Delhi Police, at least one person can be seen holding a burnt tyre in his hand — a visual that has so far not been circulated online. Asked about this particular photo, the officer said, “A lot of photos and videos have been shared by passersby that they recorded on their phones and there is open source too, like social media. Police scanned through the videos and only then zeroed down on these faces.”

On the reward, the officer said, “The reward depends on the kind of information that is shared.”

Rightful demand of Kashmiri Pundits that they are facilitated...

PSA: Oculus Quest VR headsets are *finally* back in stock

How Simon Pegg Thinks Another Star Trek Movie Could Actually...

Star Trek's true home has always been television, and it's been doing quite well...